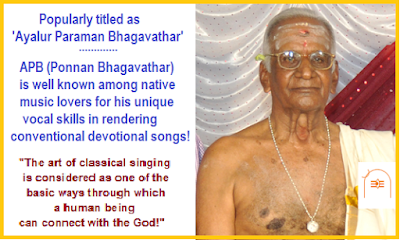 Ayiloor Shri A P Paraman Bhagavathar, was a much-admired Carnatic singer cum music teacher from Ayalur, Palakkad. As a finely famed performing artist of Carnatic Classical music he is revered as an active celebrity in the village and was significantly a senior! Born in 1927, the year in which broadcasting started in India, Bhagavathar was near to his ‘Navathi’ now (the 90th year!) when I wrote this blog, with his date of birth falling on June 15th Wednesday. Ayalur in Nemmara of Palghat District (Kerala) was his native village and he belonged to the Pathiyam Veedu situated in Ayalur Desham (Padinharathara). His mother Late Smt. Bhargavi Amma of Pathiyam family, a prominent personality in the family circle was a house-wife and father Shri Karunakaran Master (late) was a Teacher in Rajah’s High School, Kollangode. 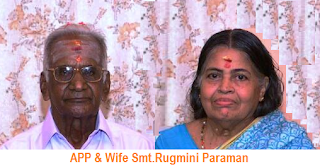 ‘Ponnan Bhagavathar’ (as he was passionately called in his close circles), the beloved Musician of Ayalur Dehsam, was born as the fourth kid but second son in his family with one elder and two younger brothers, three elder sisters along with one younger sister as his siblings. His personality is marked by the general characteristics of sensible lushness, splendour and achievement reflecting the glorious attributes of Jyeshtha Nakshatra which is his star of birth as per Indian Astrology. APB was blessed with three daughters and one son. The eldest is Smt. Hemalatha (Valsa) followed by her sisters Smt. Sushama and Smt. Santhi. The youngest among the siblings is Shri. Pradeep, staying in Nemmara. Shri. Vignesh Ram (Vinu), Smt. Varishtaja Praveen (Hyderabad), Kumari Advaita and Master Pragath are his grandchildren.

Popularly titled as ‘Ayalur Paraman Bhagavathar’, APB was well known among native music lovers for his conventional devotional vocal skills. During the talk he remembered his early childhood attempts to volubly sing the then popular drama songs, especially of popular devotional items in the dance-dramas. These exposing exercises with his natural and distinctive way of singing aloud the contemporary devotional lyrics and dance-drama jingles helped him get noticed of his innate talents by his Teachers as well as well-wishers. Later he got guided and initiated to learn Carnatic Music by Late Shri Sreenivasa Iyer of Vadakumchery (his first Guru) and thereafter from Shri Ayalur Akhileshwara Iyer. Bhagavathar keeps the fond memory of participating once in the seasonal ‘Thiruvayyar music festival’ in Tamil Nadu, when he accompanied his Guru to visit the native place of most worldwide worshiped 'Nadabrahmam Thyagaraja Bhagavathar' (one among the trinities in South Indian Classical Music). Having started his career at the young age of ten, he touched a broad spectrum of sixty six years in music and its vibes, during his lifetime. 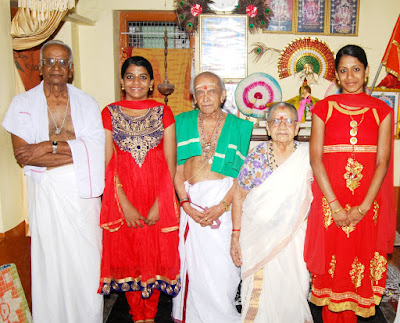 APB was proud to mention the significance of singing Carnatic Lyrics with a thorough awareness of its meaning as well. Like any other Classical Music Companion, his career too got established with his run-through ‘background-singer’ roles in contemporary stage-dramas like Vallithirumanam. Also Temple Katcheries (Music Concerts in Temples) and Music festivals added energy and splendor to his Musical life as well as achievements. Apart from Malayalam, he also gathered special skill in voicing multi-lingual Classical lyrics, especially songs of all time musical masters from Telugu, Kannada, Sanskrit, Tamil as well as Hindi. 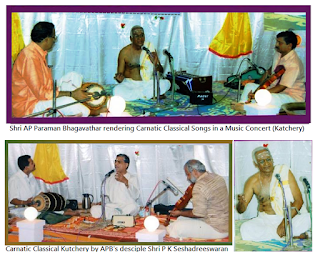 Bhagavathar’s singing was identified to keep a touch of perfection and later his passion in Carnatic Music found its way out as he started teaching music aspirants in and around Ayalur village, helping aspiring singers to get access to the essential knowledge of classical music and fulfill the pure joy of singing!

Bhagavathar’s profession as a ‘Music Teacher’ got him eternally elated to have a wealth of disciples in Carnatic Music, from various walks of life in and around Kerala like Advocates, Doctors, Police, Chartered Accountants etc. The noted names include Shri P K Seshadreeswaran (Manager, SBI, Palakkad), Pallavur Shri Appu Marar, and son Shri Chandran, Shri Sreedharan (son of Manian Marar), Santhosh (son of Kunhukuttan Marar) etc.

Shri Paraman Bhagavathar practiced the art of music performance in an applied mode and got recognized as a demonstrated professional music master. Notwithstanding his age, extensively and energetically he continued his invaluable contributions to music, till his last days. His support was live and laudable as to the new generation also through his inspiring back-up to folklore art-forms (performing cultural art) like Vattakkali and Kanyarkali (കണ്ണ്യാർകളി) in Ayalur Desham Padinharethara (Ayalur Village Padinjarethara, കണ്ണ്യാർകളി ആശാൻ). 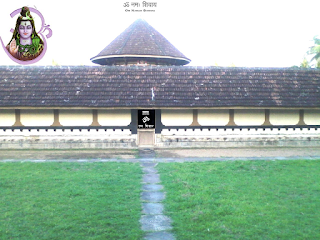 Paraman Bhagavathar, the saintly soul was well accepted by the people of Ayalur Desham as their best guide and well-wisher in their day-to-day life. They did honour him lately and shared their joy by organizing his ‘satabhisheka’ event which was celebrated with all the paraphernalia, at Ayalur NSS Karayogam Hall, near Shree Kurumba Bhagavthy Temple. 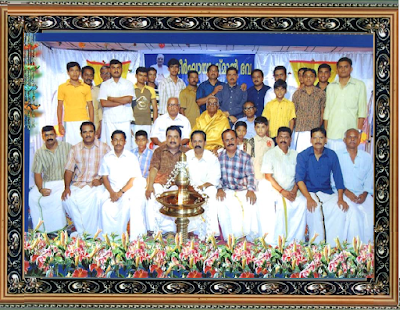 Honors: Government of Kerala established Kerala Folklore Academy (http://keralafolkloreakademy.com) honoured him in 2011. Also in recognition to his contributions the state Government did extend him a monthly financial assistance under the scheme ‘Kerala Kalakara Pension’ (specially sanctioned for ‘eminent men of art and letters’). Along with other living lights of traditional Music, Shri Paraman Bhagavathar was reckoned as one of the senior most living grace of Traditional Carnatic Music in Kerala. Long live Music and Masters like him! His demise happened on  Friday, 26th May, 2017. 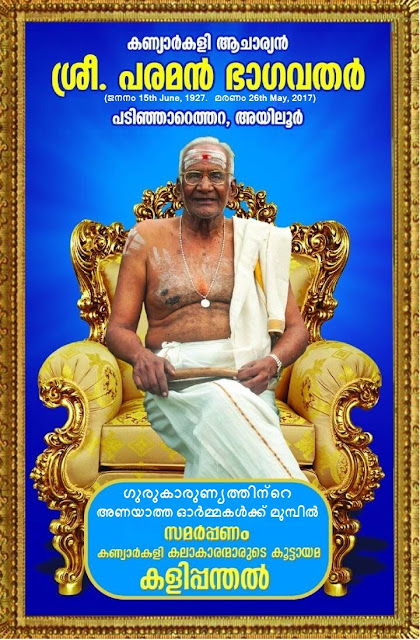 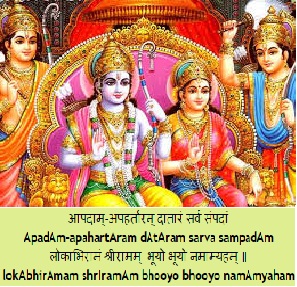